Our monthly plant and collectibles sale continues on the grounds at the Dudley House on Saturday, October 15, 8 a.m. to 2 p.m. Bromeliads, orchids and succulents will be on sale along with a variety of collectibles. Vendors, please call Charlie at 805-746-4317 for details.

The Dudley House, completed in 1892 by renowned local architect Selwyn Shaw, is one of the last pioneer farmhouses within the city limits of Ventura and typifies the agricultural heritage of Ventura County. It is the only farmhouse in California to have been funded by a state historic preservation grant and has been designated a National Historic Landmark.

Its owner, Benjamin Wells (B.W.) Dudley and his brother, Frank, came to California after the Civil War. The City of San Buenaventura had been incorporated in 1866, and the Dudley farms were far east of its one-square-mile boundaries.It was the family’s second residence on 40 acres of the old Rancho Santa Paula y Saticoy, purchased in 1875.

After experimenting with several crops, B.W. Dudley found that lima beans grew well in the cool, foggy climate. By the 1890s, Ventura was known as the world’s largest lima bean producer.

Dudley was a member of the school board, clerk of the Board of Supervisors and a Justice of the Peace. He held court in the Dudley House parlor. As a civic leader, he worked for the advent of the telephone, electricity and a bridge across the Santa Clara River.

Five generations of Dudleys have lived in this house. In 1977, the home had to be removed during development of the Telegraph Road parcel. At that time, the 2 1/2-story Queen Anne-style house was relocated to the corner of N. Ashwood and Loma Vista, part of the original ranch, and given to the city for development as a historical park.

In 1978, however, the city could not consider this project a municipal priority and San Buenaventura Heritage, Inc. was given a long-term lease to restore the house and grounds and turn it into a center for community activities. The house now operates as a museum, an authentic restoration of life from 1895-1925 as lived by the Dudley family. It is open on a limited basis for tours and special events. Regular Open House hours are the first Sunday of the month from 1 to 4 p.m.

Special tours for schools and other groups can be arranged. The nicely landscaped grounds include an outdoor amphitheater. Adjacent to the amphitheater is a covered patio area.

We are open the first Sunday of every month

Step back into history! Join us for docent-led tours and more on First Sundays.
Admission is free but we will gladly accept donations.

Hours
Open the first Sunday of every month 1-4 p.m. and for special tours by appointment. 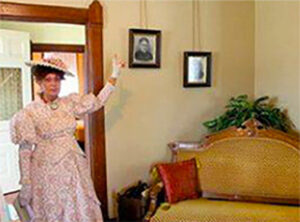 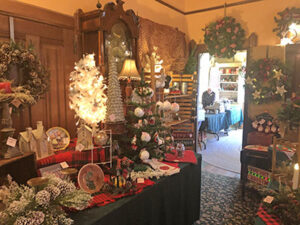 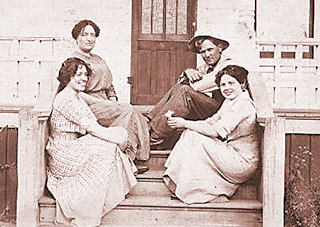 Virtual tour of the Dudley House